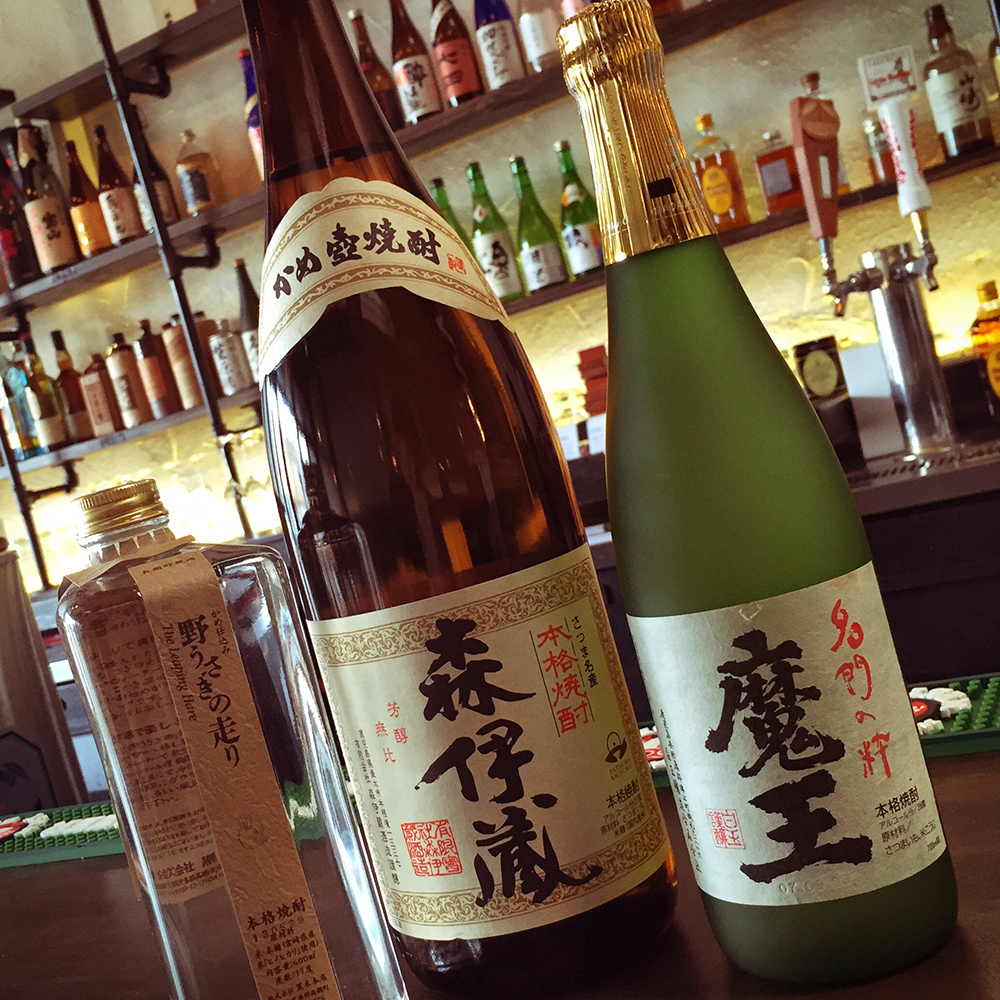 When you think about Japanese alcoholic beverages, many think of Sake and now Japanese Whisky. About 20 years ago, Shochu was the go-to-drink for the older crowd until about a decade ago when the boom began. Now you see it used in many cocktails such as the “Chuhai” or even in original cocktails at bars.

The main differences between shochu and sake are:

One of the important things to know is that quality shochu (honkaku shochu) is single distilled. This helps in keeping the characters and flavors of the original ingredient. Multiple distilled shochu is more commonly used for cocktails.

Know as the 3M, the Mao, Mori Izo and Murao are sometimes called phantom or ghost bottles as they are snapped up from stores as soon as they are released and are hard to find. These brands are so sought after, you will rarely see them in the US but in Japan as well. The majority of the shops that get these brands will hold monthly lotteries for the chance to purchase them. I have once heard from my local saka-ya (sake shop) that she receives close to 3,000 applications for the 20 bottles she receives. Of course you can always check online and buy it for close to 10 times the original price!

At Kemuri Japanese Baru, we are lucky to have the Mao and Mori Izo along with another highly sought after bottle, the “No Usagi no Hashiri”. We also carry seasonal limited edition bottles that only come out once a year as well. Ask the bartender if you are interested as these special bottles are usually not on the menu.