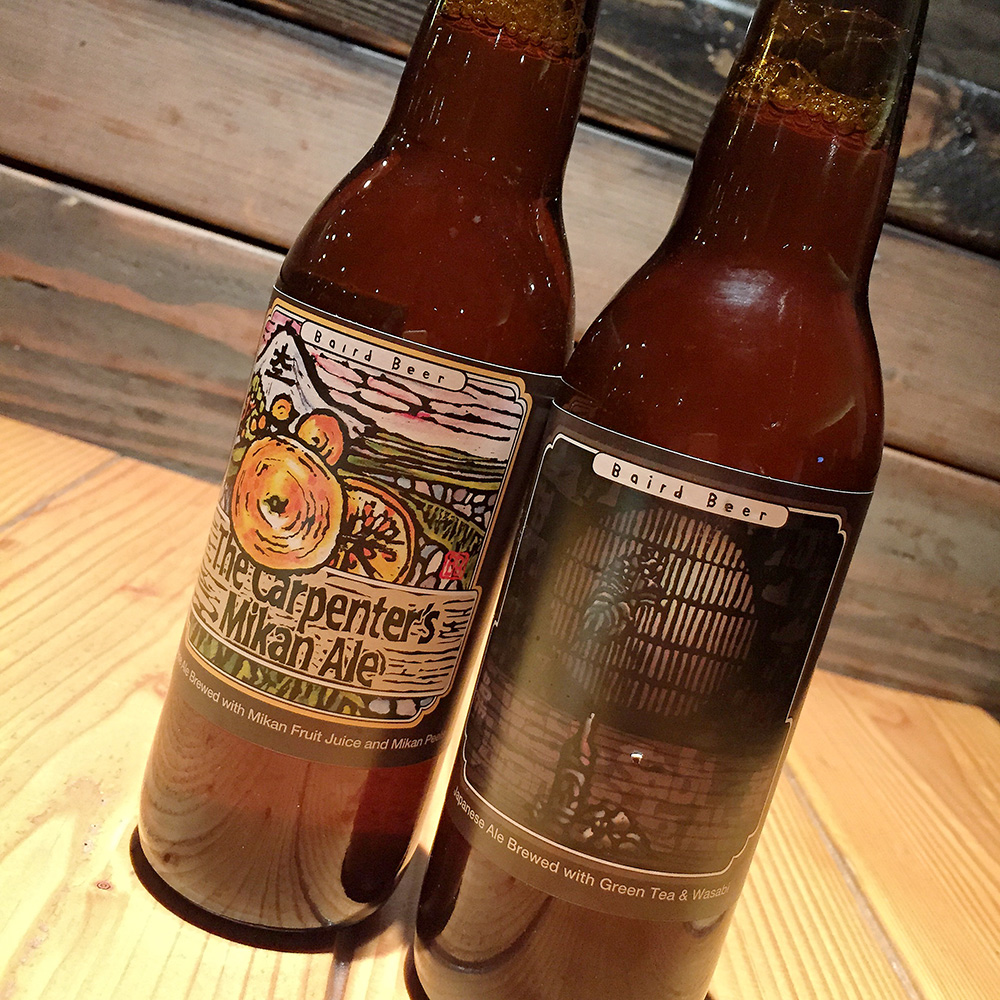 Last year during our Beer Fest, we introduced two beers from Baird Brewing Company. The Wabi Sabi and the Angry Brown Ale on draft. We just received shipment of the Wabi Sabi and the Carpenters Mikan Ale in bottles. We only have a limited amount of them so come by before they’re sold out!

This year (2016) marks the sixth annual release of The Carpenters Mikan Ale. As the name suggests, it is an ale made with fresh mikans (a tangerine-like Japanese fruit). We receive the mikans as a gift from the Heda orchard of our carpenter friend, partner and mentor  Mitsuo Nagakura. It would not be an exaggeration to say that he is the complete embodiment of the dedicated, uncompromising and passionate Japanese craftsmen whom we so respect and whom we strive to emulate. The Carpenters Mikan Ale is our modest attempt to pay tribute to Nagakura-san as well as to all great Japanese craftsmen.

The 2006 Carpenters Mikan Ale is both piquantly tart and satiatingly sweet. Loads of freshly peeled and crushed mikans (70 Kg in this 500 liter batch) are added to the wort at the completion of boiling. The beer is dry-hopped in the conditioning tank with additions of the citrusy American hop Cascade. The beer has a fairly high original gravity (15.7 Plato) and thus sports a sneakingly potent alcohol punch (approximately 6.1% by volume).

Wabi-Sabi is a uniquely Japanese and hybrid version of the craft beer world’s two most popular styles: Pale Ale and IPA. Local Japanese wasabi and green tea are combined deftly with several varieties of herbal-character hops. The flavor is bold, yet underpinned by a ‘quiet simplicity and subdued refinement.’